Half-way Across Canada in 18 hours 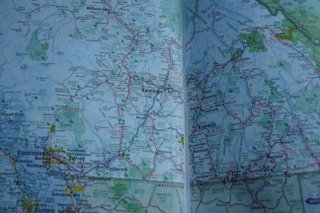 We didn't think we would get to go to the Regina/Craven Conference in Saskatchewan but when LJ's boss called the day before we were to leave and said she could have the time off, we packed our bags. 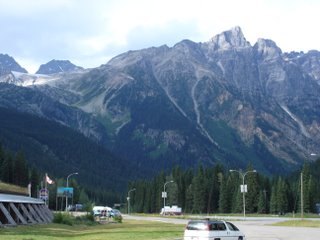 It's really not half way across Canada but it sure feels like it. When you're sitting in the van for hours on end just inching across the map you realize just how vast Canada really is 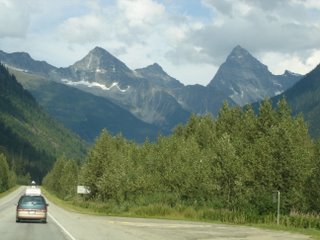 The scenery through the mountains is phenomenal. No wonder many honeymooners make it their destination of choice. These pics were taken near Banff. 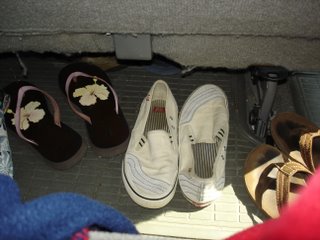 To get to Regina we took two days. The first day we drove like maniacs so that we would have an easier day the next day. Needless to say, the girls took advantage of it and had to stop at the mall to buy shoes. Now I know why they take so many pictures of feet...to show off their "Imelda" shoes! 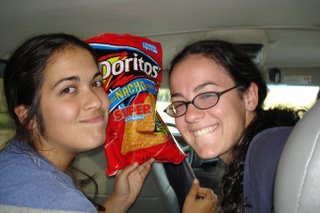 Eating well is not at a premium. So snacking is the norm. It's a wonder that more of us don't get sick. Our diet is often atrocious on trips. Mostly to keep ourselves awake and entertained we fill up on Doritoes, red licorice and Red Bull. Me? I would rather have a Starbucks' Frappachinno but they are few and far between on the Trans-Canada Highway. We did manage to find one near the mall that we dropped off the girls. They were disappointed that they missed out on that but I suppose that the shoes made up for it! 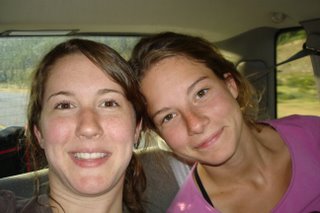 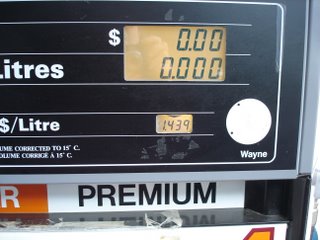 And you thought you paid a lot for gas!? No, we did not buy it here. One look was enough to send us down the road. At this price you are paying close to CND$5.44 a gallon. Mind you, it was premium but don't you buy premium for mountain passes? The other gas station we visited really wasn't much better. 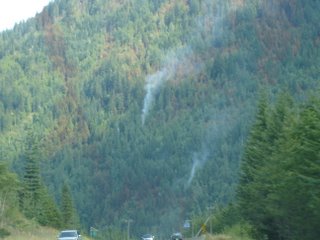 We happened to see two forest fires in the making. I don't know if we were suppose to report it or not but a little ways down the road and within sight of the smoke we saw a man weeding his garden. I guess he, of all people, would have reported it since it was so near his home. On the way back home we saw a full fledged fire burning the trees along the highway. I couldn't get a picture. (It was about hour 16). Later I saw signs that said to report forest fires but by then I suppose that they had been reported. 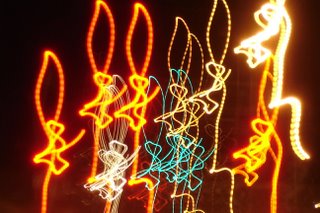 This is just an incidental picture that one of the girls took to prove to their dad that sitting in the back of the van was torture and that we needed new shocks. I would think that it would be kind of cushy back there. Oh, well, at least the ride was free.
Posted by knitterykate at 10:24 PM

I love the blurry light painting, shocks or no.

I thought I had commented before but obviously I did not push the right button. HAPPY BIRTHDAY!

Did you get your present? I have an extra button in case you need it. The scenery on your trip was phenomenal.

You will have to change your name 'cause you haven't knitted in weeks. Not so as I can tell.

Read my disclaimer. "Musings of my knitting are incidental." And check out Aug. 10. And there are other reasons I don't post everything. Like b-days are coming up.??? Isn't yours next?