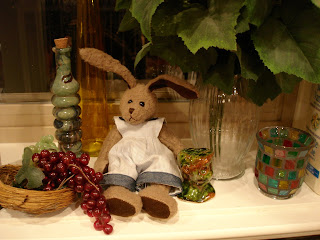 I've never been tagged before but this week chatty tagged me. She said to write five interesting things about myself but I don't think of my life as really interesting. Maybe unusual, but not interesting. I hesitate to write anything at all since I really can't think of much. It has taken me all week to even come up with this list.

The five "interesting" things I can think of are:

1. I use to race on a swim team and it made me a nervous wreck.
2. I lived in Japan for four years and learned to speak Japanese. My sisters and I still speak it to each other once in a while. And I yell at my kids in Japanese (nothing bad!)
3. I went to 11 different schools before I graduated from high school. And 13 schools in all.
4. I have five, not four, sisters as everyone who knows me assumes. The one I never met died before she was born. I'll see her one day.
5. I have had four C-sections in less than four years...and I think I'm sane again. (You be the judge.)
6. If I could have a sixth, you might be interested in knowing that I made a poi pounder in 2nd grade at St. Andrews Priory when living in Hawaii. (The first of three schools that year). That's it in the picture above, right next to Harvey. I don't like poi, either.

There you have it. Nothing like blabbing about yourself on the internet. You all know the quote: "He that speaketh of himself..."
Posted by knitterykate at 2:26 PM

Thanks for participating! You are supposed to tag someone else that has a blog now, but you really don't have to if you don't want to.

I found your interesting facts very interesting. I want to hear you speak Japanese one day.

Wow! Is that you Kathy! Now I can keep up on your life! I enjoy our yearly chats at Walla Walla conference but now I'll get more!

Hey! Shawn-shawn, where's your blog? It would be great to keep up to you too, on more than a yearly basis!

Hi Kathy! I don't have a blog - but my e-mail is......slorraine.palmer@gmail.com
Stephy has a blog that containes pictures - mostly of her friends. I don't know why i show up as Shawn shawn now!