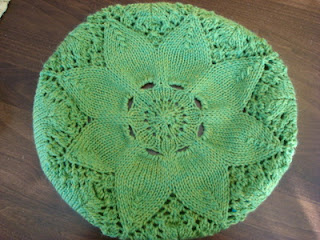 I made this hat. I really like the pattern. I still do. But the hat is too big! I'm thinking of putting some elastic in the bottom - maybe a strand or two...or three. Something should be done because I really, really like it and want to wear it but it falls over my ears when I put it on.

I actually started the above hat as a blanket - the hemlock ring blanket. Wouldn't you know that as I got to the end of the skein I realized I only had one skein! This was not the yarn I had planned on using. The yarn I planned on using came from Beach Basket Gift and Yarns. I bought a few balls and kept going back for more because I loved the color so much. 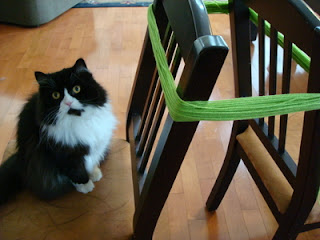 Felix helping out a bit as I "swift" my yarn into a ball. 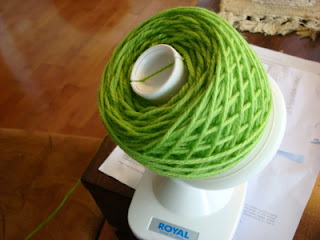 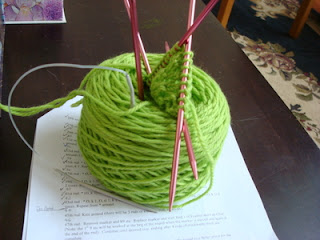 Amazingly enough, the yarn matches the quilt Janet made me. 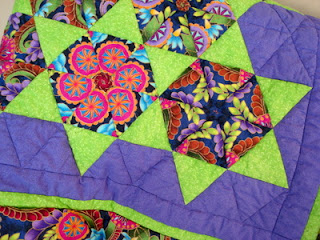 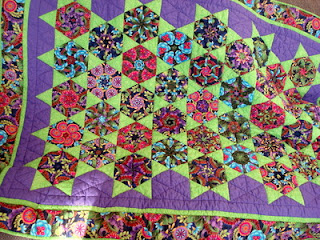 Stack and Wack by Janet
Now to find a bedroom to redecorate!
Posted by knitterykate at 1:45 PM